The facilitator at the heart of co-creation

Anna Aris is a Ph.D. candidate at VU in Amsterdam, involved in Athena Institute. Her research focuses on Open Science and public engagement, in particular on how to approach them in a more systemic and holistic way. Her work adopts a reflexive approach, critically exploring motivations behind organisations seeking to engage with citizens to the benefit of democracy. In SocKETs, the team at VU Amsterdam has been working hand in hand with our Labs to research contextual and cultural conditions shaping co-creation and citizen engagement in KETs industry. Together with the Labs, they implemented a reflexive evaluation process providing a granular view of challenges and success factors met throughout the implementation of the project’s co-creation method. Their research and observations are translated into a deliverable titled Evaluation and recommendations for the SocKETs toolbox. One of the key elements coming out of this evaluation is the crucial role of the facilitator in co-creation processes, which is what Anna tells us about today. 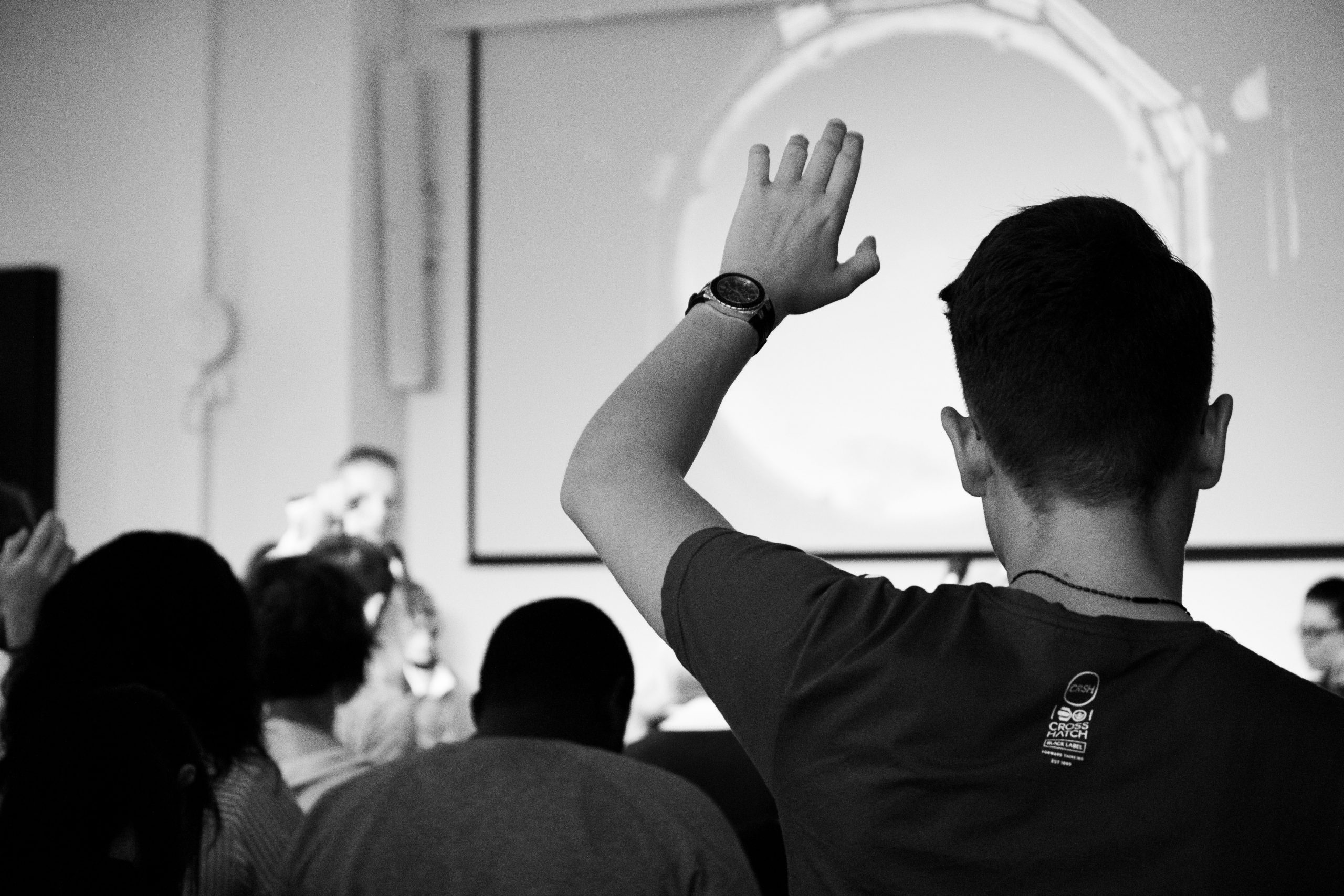 “A facilitator is someone who guides the process of co-creation, not the content,” starts Anna, “it is not about understanding all these complicated technical issues, it’s really about bringing a diverse group of people together, understanding how to map out their needs, how to connect them to each other and, importantly, ensuring that whatever is discussed within this space is acted upon.” By coordinating and designing the process, the facilitator is the cornerstone of co-creation. Whatever the challenge is that is being discussed, the debate is never technical or scientific only: it will touch upon other issues embedded in democratic values. For instance, artificial intelligence in e-health has enormous potential but could trigger discussions around privacy & data protection, ethics, safety… “The facilitator is someone who is able to navigate all these different values and needs,” she explains. They are not only there to make sure that all views can be brought to the table, but also that people with different perspectives and values can discuss them in a safe space, make sense of those values, and move forward collectively.

Common myths and pitfalls of facilitation

Not an easy task, and there are many misconceptions and pitfalls associated with facilitation. “With co-creation, the idea is to offer a space where everyone can chime in. A common myth is that this space should be neutral. But that’s never truly possible,” flags Anna. Having everyone in the same room doesn’t mean that everyone gets to have an equal say: facilitators must remain attentive to underlying tensions in the group and pay attention to which voices are not heard. “A possible pitfall is that you let everyone else decide the agenda,” she warns, “you don’t really know what will come out of [the co-creation process] but you need to have a sharp purpose on which you need to be able to fall back.” As the guide of the discussions, the facilitator needs to have a vision and adapt the co-creation process to help participants collectively reach the objectives without letting a voice take over the others.

Another common myth is that one should be an expert in the topic of the conversation they are facilitating. According to Anna, it is common that facilitators start by inviting experts – who are usually also stakeholders on the topic. It is a common temptation to invite experts to open co-creation events with presentations on the topic, in the hope of bringing all participants up to speed. “The issue with that is you are already framing your co-creation process. What you do not want is holding a conversation about the technology itself but rather about what possible impact it has on our future.”

One final pitfall is to think you only need co-creation methodology and tools: co-creation is not about applying a methodology and then collecting results. For Anna, “co-creation workshops are only a fragment of the overall process, […] they are just touchpoints upon which you are building in between.” Facilitation requires a certain degree of flexibility to act upon what is discussed, and an ability to think critically about what is said and the underlying values and tensions that frame the discussion. “You can never fully avoid having a bias. It is not about avoiding it, it’s about how to adapt” explains Anna: indeed, as a facilitator, you will have a certain vision of what the co-creation process will look like, but you also go through a learning process as you rely on inputs from stakeholders to better understand the topic and related issue. This might lead you to take different directions, involve new stakeholder groups, adapt your method, and pick new tools…

“With the SocKETs Labs, the challenge at the beginning was to get both technology owners and citizens to talk to one another.”  This has often led to our Labs starting by engaging technology owners, who are naturally the most interested in the topic and the most knowledgeable. But the issue with not engaging all groups at the same time is that you take the risk that the first group you talk to frames the agenda for the others, who might lose interest and feel their contribution is not valuable.

However, defining what other stakeholder groups are and who is included in them has been challenging. One example of this was engaging with citizens, as it is a highly diverse group with varied views and opinions. “Engaging with one citizen is not enough, you have to think within the scope of your co-creation process about what categories of citizens you need to engage, what you would like them to talk about, and then try to engage them at the same time as the technology owners,” proposes Anna. In the SocKETs Labs, a common first approach to engaging citizens as a group was to seek representations and engage with policymakers, elected people or associations.

As they moved along with their co-creation process, the Labs took the time to refine their definitions of citizens and co-creation, moving away from the question of how to improve KETs, and towards what it means to have them in our daily life, for instance in healthcare or construction. The key is to make the topic relatable with practical examples of our daily lives that speak to everyone: this helps create a safe space in which everyone feels allowed to contribute because not only do they understand that they could be affected but they are the ones who say how. This also helps remove the pressure on the facilitator to be knowledgeable about the topic, allowing them to focus on the process.

Another challenge for the SocKETS labs was to keep citizens engaged in the process. “It is almost more important what you do in between workshops than the workshops themselves” flags Anna.  Taking the time to process what has been discussed in workshops and follow up on it is key to ensuring the continuity of the engagement process. Some examples of how our Labs did this were

By working together with the Labs, SocKETs was able to get a more granular understanding of how the co-creation and facilitation process work. For this, the team at VU Amsterdam’s Athena Institute applied a reflexive evaluation approach: by talking to the Lab owners about their challenges and successes in detail throughout the whole duration of the Labs, they were able to unveil some patterns and magnify the smaller, untold mechanisms of co-creation. Such insights will contribute to the development of the SocKETs’ co-creation toolbox.