My name is Thandiswa Nqowana. I was born in the Eastern Cape of South Africa in a town now known as Makhanda. I have always felt a deep connection to this land and with the communities in and around Makhanda where I grew up. It felt quite natural then, to place communities at the centre of my approach to science and to research. Here we share the story of how my PhD supervisors and I have embedded Responsible Research and Innovation principles into my doctoral research.

As one of the most biodiverse regions in South Africa, the Eastern Cape is home to no fewer than six of the seven terrestrial biomes in the country. Set against this natural beauty, many communities call this part of the country home, raising families in remote villages, off-grid. The area is however drought-prone, and with climate change, their livelihoods are now under near constant threat from water shortages. Indeed, access to healthy drinking water has become one of the most valuable commodities in the entire area.

Some may see this as a purely scientific or technological problem to be addressed by scientists or science scholars at universities.  However, it is here where my research team and I, motivated by a desire to bring tangible benefits to communities, are breaking new ground. As a PhD student at Rhodes University’s Biotechnology Innovation Centre, rather than making assumptions based on the perceived scientific challenges, I am instead engaging first with the intended communities, at the very start of my PhD in water biotechnology. 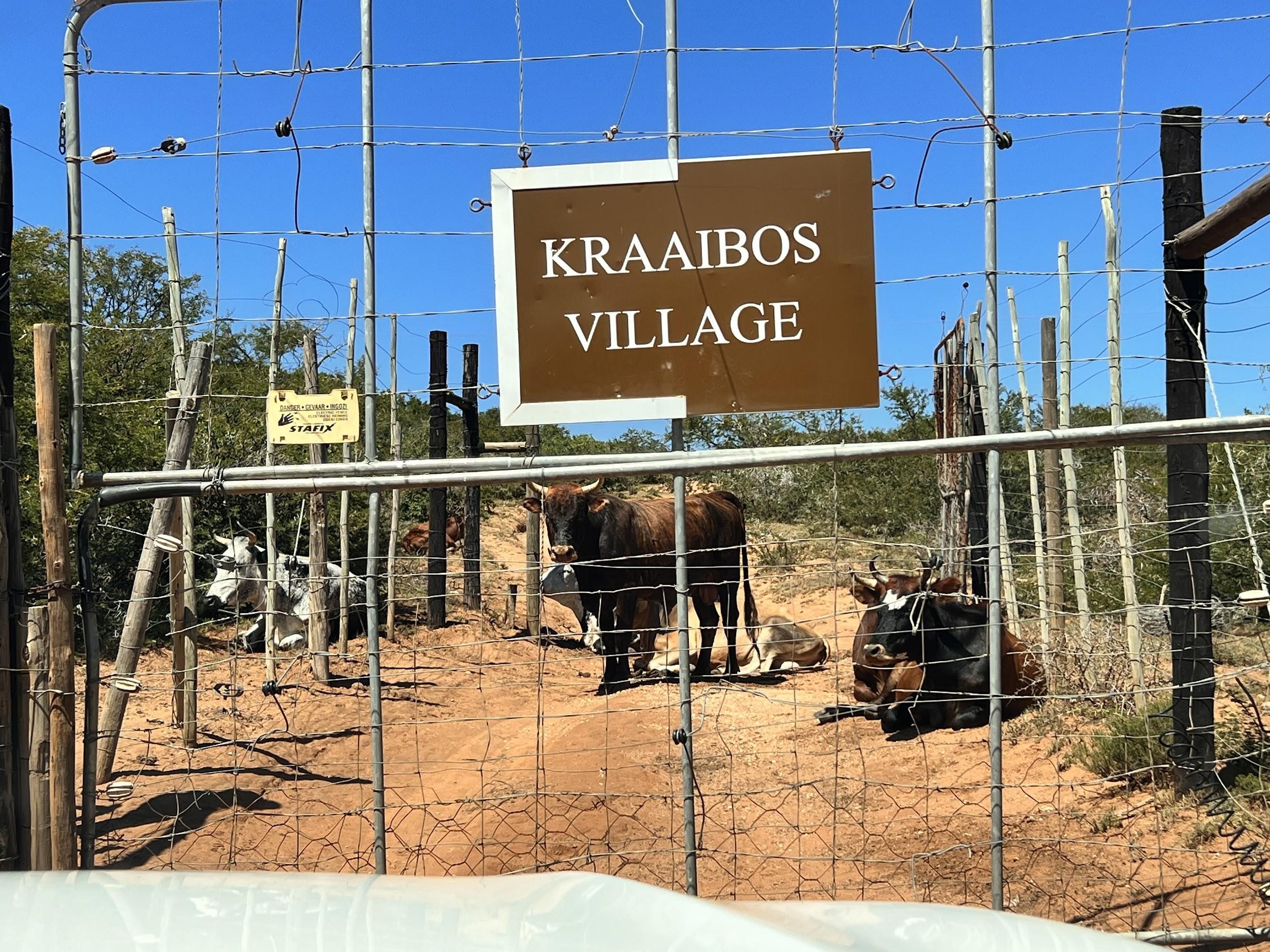 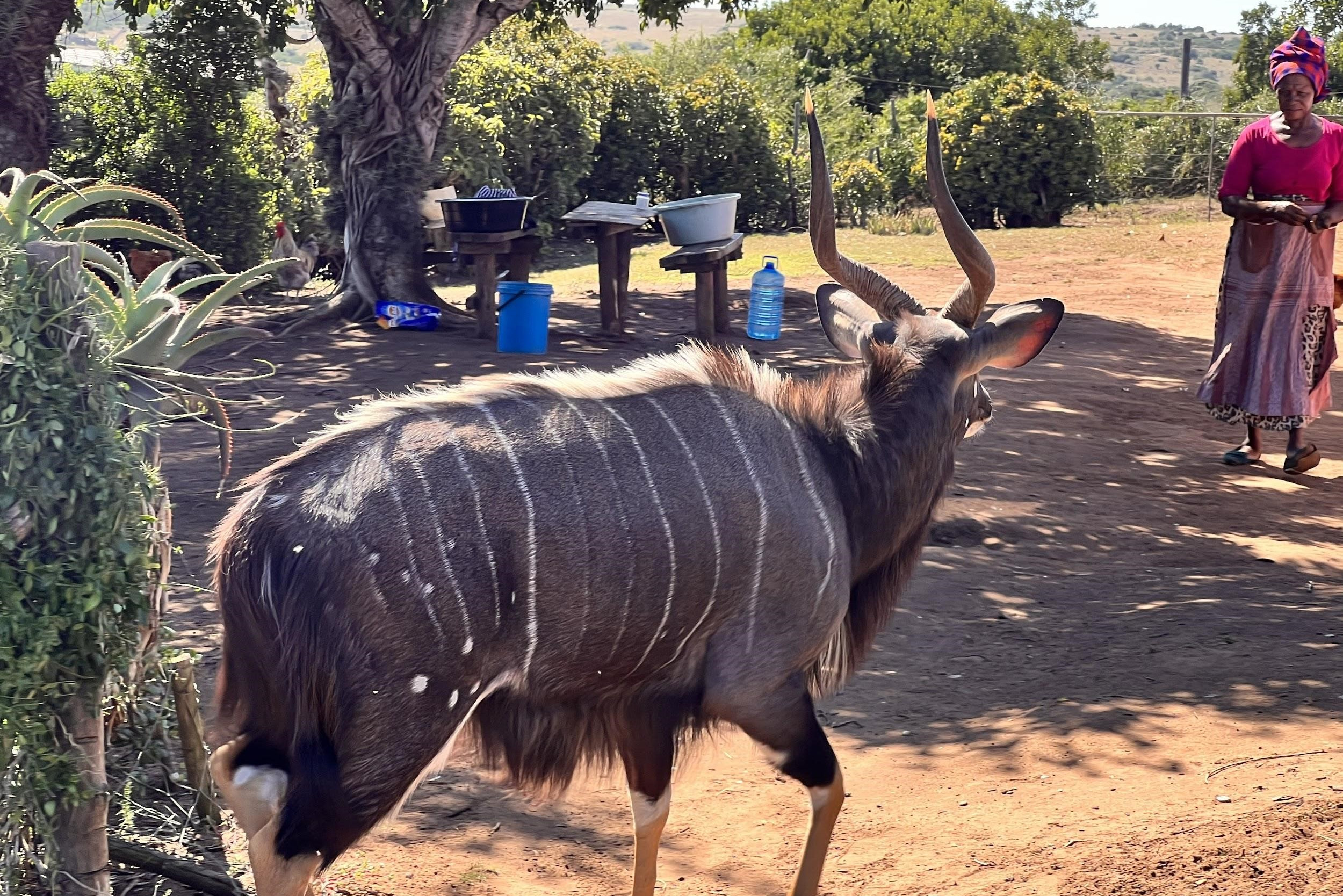 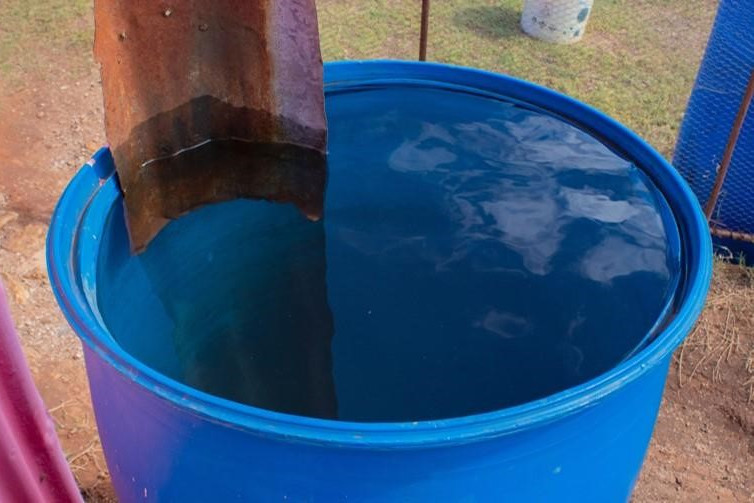 Water harvesting in the villages of Amakhala, Eastern Cape. The Eastern Cape is a drought-stricken province of South Africa. Citizens in this region use alternate water sources such as boreholes and rainwater tanks. Those who are not able to purchase rainwater tanks are able to create a setting with buckets that can catch rainwater.

Using the community-based participatory research approach, I am actively engaging five villages in the Amakhala Game reserve, a private game reserve outside of Makhanda. By listening to and engaging with community members I have built a more holistic picture of what community members’ needs are. In this way, my PhD research is directly informed by communities, incorporating their localised perspectives, experiences and ideas.

In an iterative process, which has combined community discussions, water resource mapping, independent water quality testing and feedback sessions with communities, the community members and I identified the need for continuous water testing as one of the most critical measures to be undertaken. Having access to this information would help communities make informed decisions before consuming stored water from captured rainwater or boreholes that feed the area.

Thandiswa Nqowana, a PhD student from Rhodes University, meets with and engages communities in the Amakhala Game Reserve in the Eastern Cape of South Africa. 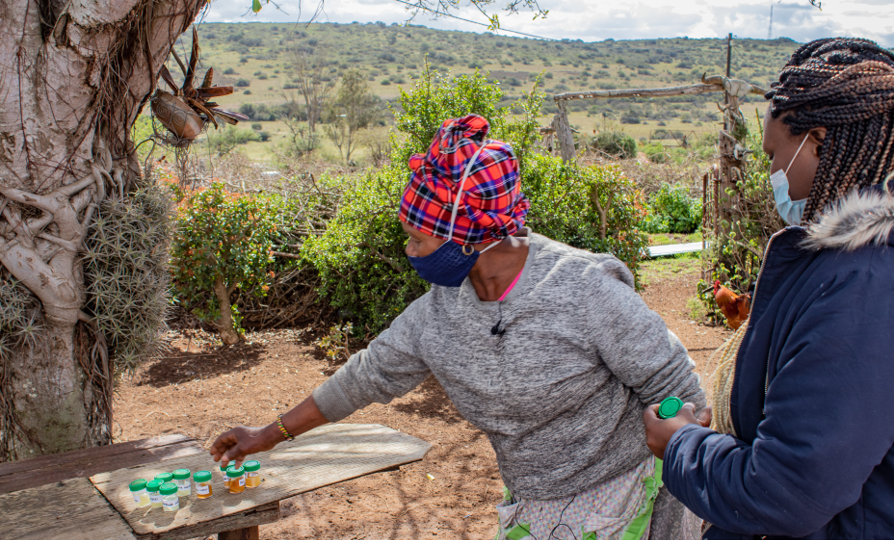 Now, engaging communities that are home to approximately 200 adults and 80 children, I have taken the first step towards developing a fit-for-purpose prototype: supplying kits and training communities to test their own water for bacteria using an existing water testing tool called the Hydrogen Sulphide testing kit.

While this testing tool offers only a temporary solution, and is limited by the fact that it can take up to 72 hours to deliver results, it provides a valuable stop-gap measure for community members. The Hydrogen Sulphide testing kit also serves a greater purpose by encouraging a sense of agency amongst the community members: they have been trained and empowered using a skills-based workshop to test their own water using these kits.

This simple testing kit produced by researchers at Rhodes University consists of a dehydrated form of the H2S medium and other reagents, which are dosed onto a filter paper and dried. When a water sample is applied, the solution is allowed to stand. A black colour that forms indicates the presence of faecal contamination in the water. 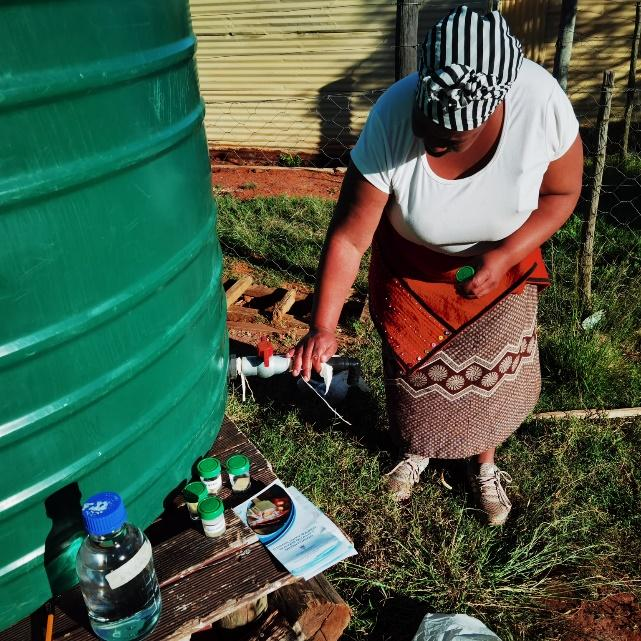 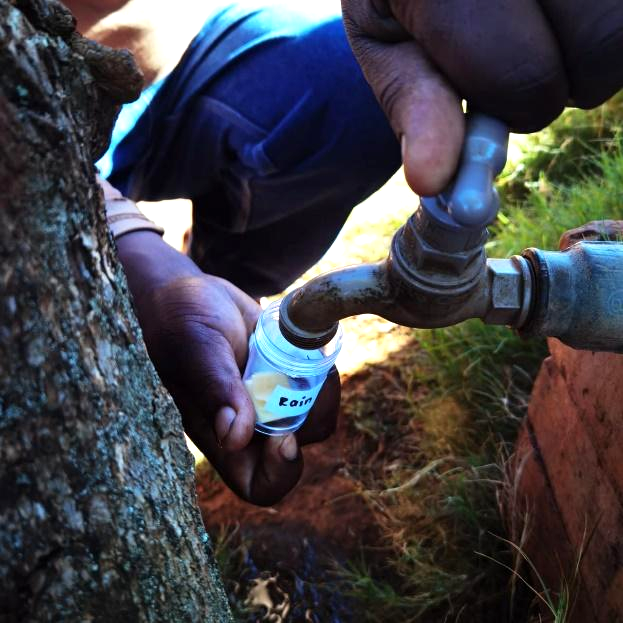 A community member testing water from her rainwater tank.

Thandiswa Nqowana trains community members how to use the Hydrogen Sulphide testing kit at the Amakhala Game Reserve in the Eastern Cape of South Africa.

The testing performed by the community researchers – or citizen scientists – has provided six months’ worth of data on the changing quality of water. The accuracy of this data was initially verified by separate laboratory-based testing of samples, as I performed them. This approach has also provided critical insights into differing skill levels of the community members, from conducting water testing, to logging and reporting of results, serving to identify challenges that communities may face in testing their own water. This approach has also shown the importance of ensuring that the scientific innovations that are made for solving problems in the community are accessible and are designed with the end user in mind. These innovations also need to be explained in a manner that is accessible to the community members. In my project, I use pamphlets which I translate into IsiXhosa to explain the protocols of testing water.

Taking all of this into account, guided by the local landscape, access to resources, the intended application of the water testing technology and with the support of a multi-disciplinary team of researchers, my research supervisors and I are now better informed to design and construct fit-for-purpose prototype devices.

Back in the lab, my PhD research is developing a self-powering, water-monitoring prototype technology. The aim is to detect the presence of harmful bacteria in the water in a matter of minutes to hours rather than days, giving communities the security that continuous water monitoring results can provide.

While there is still some way to go, some early insights into the complexity of this form of engaged research have highlighted the need for a truly transdisciplinary supervisory team to support and advise my research. The team of supervisors includes two biotechnologists (Prof Janice Limson and Dr Ronen Fogel) and two social scientists (Drs Joana Bezerra and Sharli Paphitis). My scientific supervisory team provides support in the development of the water testing technology in the laboratory and the analysis of results obtained in the field, while her social scientist supervisors advise on tools for participatory research with community partners and how to make sense of the interactions and engagements with diverse communities. This ensures a truly transdisciplinary research intervention.

Thandiswa reflects on her PhD research and the process that she followed, starting off with an initial engagement with the Amakhala community to establish their specific challenges and needs with respect to water treatment. Based on this, and a series of further engagements to train users, she was able to design the scientific research needed to address the challenges identified. In the video, the team also touches on the reasons why community based participatory research is an important tool in ensuring the success of engaged research.

My research approach is guided in part by the EU’s Responsible Research and Innovation framework which advocates for community engagement in scientific research. Funded through a South African Research Chair in Biotechnology Innovation and Engagement (held by Prof Limson), my research and approach go further than seeking to co-create scientific solutions to community challenges. My work aims to provide valuable insight that can help guide the development of tools and approaches for engaging communities in scientific research processes that may have far reaching implications for research in the country. In fact, my supervisors and I have recently joined a community of practice, a group of senior scholars who are drawing up policy documents and research articles to help guide and inform others aiming to conduct engaged research within this space.

This brings us full circle – back to the spaces and communities where we were raised. Drawing on our cultural ties to the communities, we are blazing a trail as one of a new generation of scientists who view engagement with communities as pivotal to successful scientific research and societal innovation.

This research was conducted at Rhodes University in South Africa as a collaboration between the Biotechnology Innovation Centre,  the Centre for Community Engagement and the Faculty of Pharmacy, and was conducted in partnership with the Amakhala Foundation and community. Researchers involved in this project include Thandiswa Nqowana,  Prof Janice Limson, Dr Ronen Fogel, Drs Joana Bezerra and Sharli Paphitis. Prof Roman Tandlich from the Faculty of Pharmacy and Dr Alette Schoon from Journalism and Media Studies also collaborated with the team.